This book develops a unified framework to explain how and why central bank balance sheets have expanded and what this shift means for fiscal and monetary policy. Buiter addresses a number of key issues in monetary economics and public finance, including how helicopter money works, when modern monetary theory makes sense, why the Eurosystem has a potentially fatal design flaw, why the fiscal theory of the price level is a fallacy and how to escape from the zero lower bound.

This book is the culmination of a long series of prior studies by the author into the proper accounting for a Central Bank within the balance sheet of the State, made particularly interesting by the fact that its liabilities are nowadays, usually, irredeemable. Willem Buiter rigorously examines important subjects such as how Central Bank operations add fiscal space to the Treasury; how helicopter money drops will always be expansionary; why the fiscal theory of the price level is just wrong, how deeply negative nominal interest rates can be implemented and why National Central Banks within the Euro-area are unusually exposed to risk.

Public Spending and the Role of the State – History, Performance, Risk and Remedies 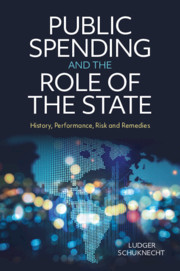 This book takes a holistic and international approach, covering most advanced countries, and discusses a historical overview of public expenditure, from the nineteenth century to the modern day, as well as future challenges. It sees the government’s role as providing sound rules of the game and essential public goods and services. In presenting the relevant arguments, information and policy recommendations through comprehensive tables, charts and historical facts, the book addresses a broad readership, including students, professionals and interested members of the public.

Ludger Schuknecht has provided a forceful and forensic examination of longer-term trends in the development of the fiscal state, coupled with a judicious survey of different measures for assessing the effectiveness of expenditure. The appeal for a rules-based approach, and the warning on the long-term consequences of higher debt levels, is more important than ever.

The Mismeasure of Progress – Economic growth and its critics 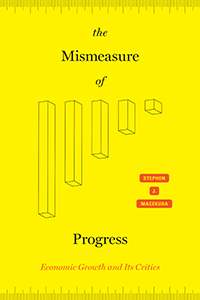 Beginning with the rise of the growth paradigm in the 1940s and 1950s and continuing through the present day, The Mismeasure of Progress is the first book on the myriad thinkers who argued against growth and the conventional way progress had been measured and defined. For growth critics, questioning the meaning and measurement of growth was a necessary first step to creating a more just, equal, and sustainable world. These critics argued that focusing on growth alone would not resolve social, political, and environmental problems, and they put forth alternate methods for defining and measuring human progress. ​In today’s global political scene—marked by vast inequalities of power and wealth and made even more fraught by a global climate emergency—the ideas presented by these earlier critics of growth resonate more loudly than ever. Economic growth appealed to many political leaders because it allowed them to avoid addressing political trade-offs and class conflict. 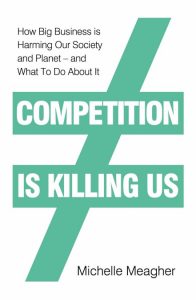 We live in the age of big companies where rising levels of power are concentrated in the hands of a few. Yet no government or organisation has the power to regulate these titans and hold them to account. We need big companies to share their power and we, the people of the world, need to reclaim it. In Competition is Killing Us, top business and competition lawyer Michelle Meagher establishes a new framework to control capitalism from the inside in order to make it work for the many and not just the few.

A trenchant and thought-provoking analysis of modern capitalism. Far from serving us, it is causing us all harm. What’s more, Meagher has a positive agenda for reform that will force big businesses to take responsibility for a system stumbling from crisis to crisis and to start addressing the global problems they have helped cause