The Great Reversal – How America Gave Up on Free Markets 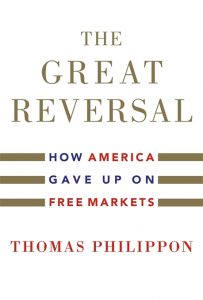 Why are cell-phone plans so much more expensive in the United States than in Europe? It seems a simple question. But the search for an answer took Thomas Philippon on an unexpected journey through some of the most complex and hotly debated issues in modern economics. Ultimately he reached his surprising conclusion: American markets, once a model for the world, are giving up on healthy competition. Sector after economic sector is more concentrated than it was twenty years ago, dominated by fewer and bigger players who lobby politicians aggressively to protect and expand their profit margins. Across the country, this drives up prices while driving down investment, productivity, growth, and wages, resulting in more inequality. Meanwhile, Europe—long dismissed for competitive sclerosis and weak antitrust—is beating America at its own game. 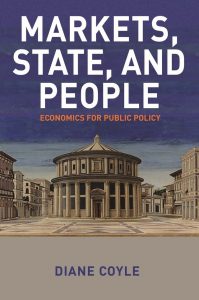 Diane Coyle illustrates the ways economic ideas are the product of their historical context, and how events in turn shape economic thought. She includes many real-world examples of policies, both good and bad. Readers will learn that there are no panaceas for policy problems, but there is a practical set of theories and empirical findings that can help policymakers navigate dilemmas and trade-offs. The decisions faced by officials or politicians are never easy, but economic insights can clarify the choices to be made and the evidence that informs those choices. Coyle covers issues such as digital markets and competition policy, environmental policy, regulatory assessments, public-private partnerships, nudge policies, universal basic income, and much more.

A World Without Work – Technology, Automation and How We Should Respond 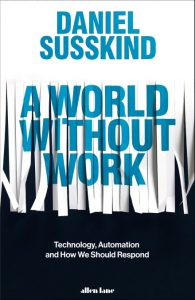 The threat of technological unemployment is real. So how can we all thrive in a world with less work? Susskind reminds us that technological progress could bring about unprecedented prosperity, solving one of mankind’s oldest problems: making sure that everyone has enough to live on. The challenge will be to distribute this prosperity fairly, constrain the burgeoning power of Big Tech, and provide meaning in a world where work is no longer the centre of our lives.

This is the book to read on the future of work in the age of artificial intelligence. It is thoughtful and state-of-the-art on the economics of the issue, but its real strength is the way it goes beyond just the economics. A truly important contribution.
Lawrence Summers, former Chief Economist of the World Bank 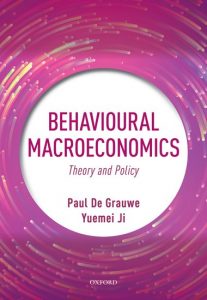 Behavioural Macroeconomics introduces rationality by allowing individuals to learn from their mistakes and to switch to the rules that perform better. It introduces the idea of endogenously generated “animals spirits” that drive the business cycle and are in turn influenced by it, and applies this model to shed new light on a number of important issues. It analyses the role of fiscal policy in stabilizing the economy while maintaining debt sustainability; expands the model to include a banking sector and show how banks amplify the booms and busts; and explains how animal spirits help to synchronize the business cycles across countries. The model set out in Behavioural Macroeconomics leads to very different policy implications from the mainstream macroeconomic model.