Doubts over the secular stagnation hypothesis 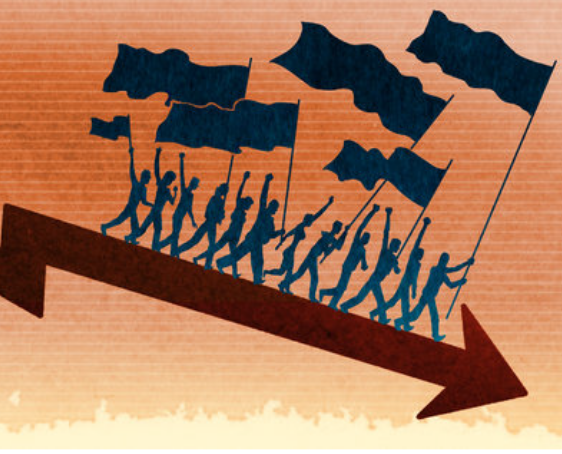 Real interest rates have fallen by 5% since the 1980s.  What if interest rates are not abnormally low now but instead were abnormally high in 1980? Kindberg-Hanlon explain the reasons why real rates were high in the 1980s, how they normalized in the 1990s and 2000s and why the current real low rates are related to the financial crisis. Hence, no secular trend.
Low real interest rates: depression economics, not secular trends
By: Gene Kindberg-Hanlon – Bank of England

Pescatori and al use a semi-structural model to estimate neutral rates in the US from 1983 to 2015. They find that real neutral rates declined post 1990s, turned negative during the global financial crisis but are expected to gradually increase going forward, casting some doubt on the secular stagnation hypothesis.
Lower for longer: Neutral rate for the US
Authors: Andrea Pescatori, Jarkko Turunen
From: IMF

Favero, Gozluku and Yang explore the link between the term structure and demographics. They argue that the composition of age structure determines the equilibrium rate in the monetary policy rule and therefore the persistent component in one-period yields. Their out-of-sample forecasts indicate that interest rates might start recovering soon.
Demographics and the behavior of interest rates
Authors: Carlo Favero, Arie Gozluklu, and Haoxi Yang
From: Bocconi University – University of Warwick

In support of the secular stagnation hypothesis

Williams argues that the low r-star is indeed a break from the experience of the past 50 years, is a global phenomenon and hence is going to be persistent.
Three questions on r-star
By: John C. Williams – Federal Reserve Bank of San Francisco

Eggertsson, Mehrotra and Robbins decompose the contribution of demographic and technological factors to the decline of interest rates in the US. They argue, that none of these trends can be reversed in the near future in order to boost interest rates.
A Model of Secular Stagnation: Theory and Quantitative Evaluation
Authors: Gauti B. Eggertsson, Neil R. Mehrotra, Jacob Robbins
From: Brown University

Bunker has a nice explanation of the Eggertsson, Mehrotra and Robbins paper.
What’s Behind the Decline in U.S. Interest Rates?
By: Nick Bunker – Washington Center for Equitable Growth

Most of the above papers were included in the IMF Economic Review, Volume 64, Issue 4 which was dedicated to research on secular stagnation.For an overview of the research included in this issue:
Secular stagnation, growth and real interest rates
Authors: Pierre-Olivier Gourinchas, Richard Portes, Pau Rabanal
From: UC Berkeley – London Business School – IMF