What’s Wrong with Economics? – A Primer for the Perplexed

By: Robert Skidelsky – University of Warwick 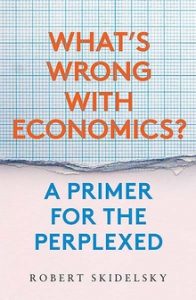 This insightful book looks at how mainstream economics’ quest for scientific certainty has led to a narrowing of vision and a convergence on an orthodoxy that is unhealthy for the field, not to mention the societies which base policy decisions on the advice of flawed economic models. Noted economic thinker Robert Skidelsky explains the circumstances that have brought about this constriction and proposes an approach to economics which includes philosophy, history, sociology, and politics.

Deaths of Despair and the Future of Capitalism 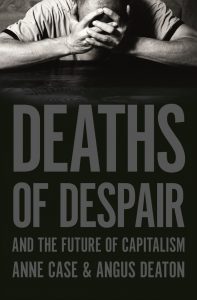 Life expectancy in the United States has recently fallen for three years in a row—a reversal not seen since 1918 or in any other wealthy nation in modern times. In the past two decades, deaths of despair from suicide, drug overdose, and alcoholism have risen dramatically, and now claim hundreds of thousands of American lives each year—and they’re still rising. Anne Case and Angus Deaton, known for first sounding the alarm about deaths of despair, explain the overwhelming surge in these deaths and shed light on the social and economic forces that are making life harder for the working class. They demonstrate why, for those who used to prosper in America, capitalism is no longer delivering.

Deaths of Despair and the Future of Capitalism paints a troubling portrait of the American dream in decline. For the white working class, today’s America has become a land of broken families and few prospects. As the college educated become healthier and wealthier, adults without a degree are literally dying from pain and despair. In this critically important book, Case and Deaton tie the crisis to the weakening position of labor, the growing power of corporations, and, above all, to a rapacious health-care sector that redistributes working-class wages into the pockets of the wealthy. Capitalism, which over two centuries lifted countless people out of poverty, is now destroying the lives of blue-collar America. 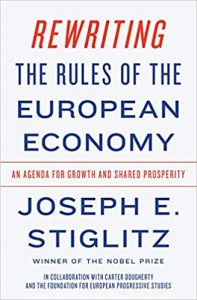 Europe is in crisis. Sluggish economic growth in many countries, widespread income stagnation, and recession have led to severe political and social consequences. Social protections for citizens have been cut back. Governments offer timid responses to deep-seated problems. These economic and political failures have contributed to the rise of extremist parties on the right. Marginalized populations are being made scapegoats for Europe’s woes. But the problems of today’s Europe stem from decisions based on a blind worship of markets in too many areas of policy.

If Europe is to return to an innovative and dynamic economy—and if there is to be shared prosperity, social solidarity, and justice—then EU countries need to break with their current, destructive trajectory. This volume offers concrete strategies for renewal that would also reinvigorate the project of European integration, with fresh ideas in the areas of both macroeconomics and microeconomics, including central banking, public investment, corporate governance and competition policy, social policy, and international trade.

Radical Uncertainty Decision-Making Beyond the Numbers 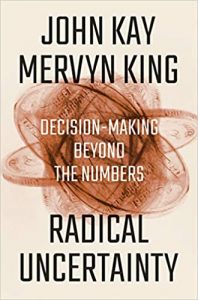 Much economic advice is bogus quantification, warn two leading experts in this essential book. Invented numbers offer false security; we need instead robust narratives that yield the confidence to manage uncertainty.
The limits of certainty demonstrate the power of human judgment over artificial intelligence. In most critical decisions there can be no forecasts or probability distributions on which we might sensibly rely. Instead of inventing numbers to fill the gaps in our knowledge, we should adopt business, political, and personal strategies that will be robust to alternative futures and resilient to unpredictable events. Within the security of such a robust and resilient reference narrative, uncertainty can be embraced, because it is the source of creativity, excitement, and profit.